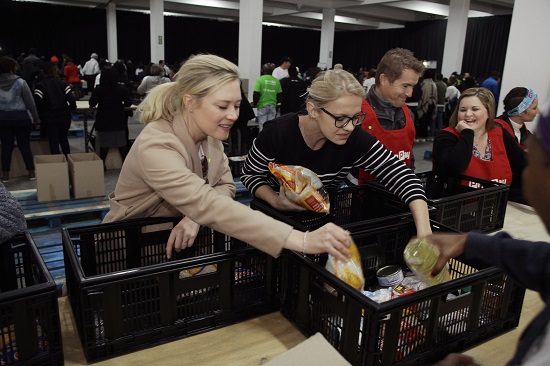 Sarah Graham is a successful food blogger, mother and wife, whose philosophy about food is simple goodness that nourishes the mind and body. Sarah grew up in Zimbabwe and came to UCT to study, and like most, grew roots in South Africa. Since Sarah loves words as much as food, she started her food blog in 2010, and after only a few months, became the first food blogger to be awarded a cookbook contract with Random House. Four books later, Sarah filmed her first TV Series in 2013, was aired in over 40 countries, and in 2014 won a South African Film and Television Award for best variety show.

While Sarah has several accomplishments in terms of her relationship with food, and the list is growing, she is also concerned about those who do not have access to food. For this reason Sarah wanted to get involved with a social partner addressing widespread hunger across South Africa. “Food is important to me, and I want everyone to enjoy this equally. I believe that working together to alleviate hunger in South Africa achieves the best results.”

Sarah attended our FoodForward SA Mandela Day Food Drive packing event in Johannesburg, where she sorted and packed food for our Beneficiary Organisations, and is keen to become more involved.

Thank you Sarah for your partnership. We look forward to working with you to address hunger across South Africa.