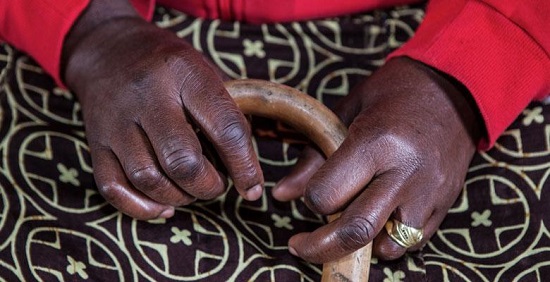 Nutrition and HIV/AIDS are intricately linked. Infection with HIV can lead to malnutrition and studies have shown that progression of the disease can be increased by a poor diet.

FoodForward SA works to address this problem by partnering with organisations such as the Siyaphilisa Community Base Care Centre, which cares for those suffering from HIV/AIDS.

For 16 years the Siyaphilisa Community Base Care Centre, located in Imbali, Durban, has housed  individuals living with HIV and AIDS, and apart from providing them with wholesome meals, ensures that they receive medication as prescribed, educates them on how to live with the disease and offers counselling to their families.

Due to a serious lack of awareness and education surrounding HIV/AIDS in the community, the founder of Siyaphilisa Community Base Care Centre, Mrs Tu Zondi and a group of concerned elderly women dedicated themselves to assisting the parents of children and the elderly affected by HIV/AIDS.

FoodForward SA supplies the centre with non-perishable foods and fresh produce on a regular basis and according to Mrs Tu Zondi, they no longer have to purchase food and instead focuses on obtaining other needed items. They’re also able to provide meals to the hungry not living at the centre.

The centre is supported by a team of staff and volunteers who do not expect anything in return for their services but because the organisation is saving funds on their grocery bill, they’re able to offer the team some form of remuneration for their efforts.

“We have had patients come to the centre very ill, unable to walk or feed themselves, and with the help of staff and volunteers, and especially well-balanced diets, they’re doing much better.”