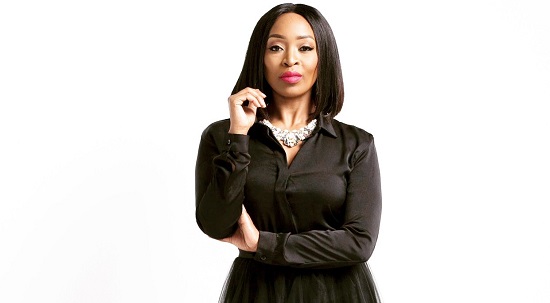 Khabonina is well-known for her vivacious character on SABC 3’s Isidingo as Nina Zamdela; host of ‘Dijo Le Bophelo’ a healthy food lifestyle TV show on SABC 2; and most importantly known to be one of South Africa’s biggest fitness fanatics.

She has been running Dance to Fitness classes for over 10 years across South Africa and was the first South African woman to release a fitness DVD in 2013 called ‘Julukment’ (a Zulu term that means to sweat). She has also produced and presented a health and fitness television show called, Gyme’Kasi where she travelled with her team to various locations, showing people how to get fit in their neighbourhoods.

Some of the awards Khabonina has received include: A Boston International Film Festival Award for Best Actress – Indie Spirit 2017, an African Movie Academy Award –Best Actress Nominee and passionate Dance Umbrella award winning South African dancer, to name just a few. She is also a Read-a-thon Ambassador, MC and businesswoman.

“Being on international stages makes me realise that there is so much more I need to learn and apply to my craft. I am thirsty for knowledge and hungry for growth. I believe that passion drives me in this health and fitness journey!” says Khabonina.

Khabonina joins an A-list of South African celebrities that lend their voice and influence to FoodForward SA in the fight against hunger. Her passion and love for people is infectious. Khabonina recently attended our Johannesburg FoodForward SA Mandela Day Packing Event at Gallagher Convention Centre where she was the MC and witnessed corporate South Africa coming together for a great cause.