1 IN EVERY 3 CHILDREN LIVING IN FOOD POVERTY: FOOD WASTE VS CHILD WASTING – A FOOD DONATIONS POLICY FOR SA IS CRITICAL 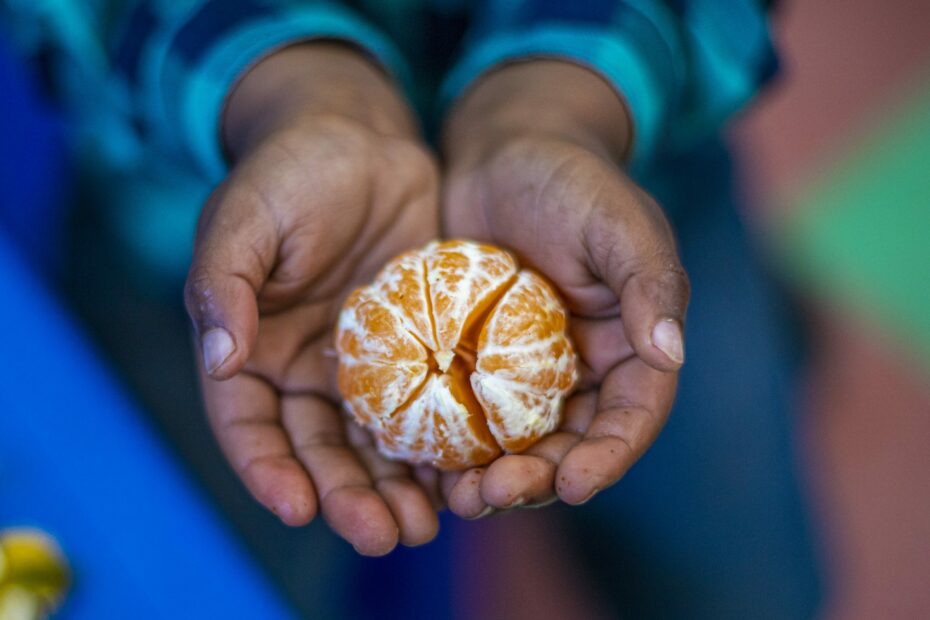 Although South Africa has a net surplus of food thanks to thousands of commercial and smallholder farmers, ironically, more than 1 in every 3 children lives in food poverty; a staggering 27% of children under 5 years of age suffer from chronic malnutrition, and half of child deaths in our hospitals are associated with malnutrition (Global Hunger Index 2022: SA).

These are very worrying statistics. Earlier this year the Human Rights Commission held a commission of inquiry into the deaths of children who died from starvation in the Eastern Cape. FoodForward SA was invited to make a presentation at the inquiry around our work in the region.

The root causes of malnutrition in South Africa are gross inequality and extreme poverty, which will take decades to address. Meanwhile, millions of people are experiencing an unprecedented cost-of-living crisis, following the devastating impact of the pandemic, low economic growth, and rising food and fuel prices. According to Statistics South Africa (Stats SA) September data, food inflation year-on-year was at a hefty 12%. Poor people simply can’t afford to buy sufficient nutritious food for a healthy diet. Children are especially vulnerable because they need a minimum intake of a variety of nutritious foods for proper growth and development.

While our most vulnerable children are starving and dying of malnutrition, more than 10 million tons of good quality, edible surplus food is being dumped or incinerated because of various supply chain dynamics such as over-ordering, poor forecasting, incorrectly labelled goods, liability concerns etc. Although this food is not sellable, it is still edible. According to the CSIR’s 2021 Food Loss and Waste Technical Report, this food loss accounts for a shocking 34% of all the food produced in South Africa. Additionally, this food loss increases food prices because this cost is factored into the price of food and contributes to climate change by increasing harmful greenhouse gas emissions.

This untenable practice is solvable. Since its inception in 2009, FoodForward SA has been recovering and redistributing good quality surplus food from various farmers, manufacturers, and retailers. To date FoodForward SA has distributed 69,000 tons of food, translating into 276,000,000 meals.

For several years now, FoodForward SA has been advocating for a Food Donations Policy, to prevent good food from being dumped or incinerated. We have held several discussions with the Department of Health, the Department of Trade and Industry, the Department of Environmental Affairs, and the Department of Agriculture, through the Consumer Goods Council of South Africa’s (CGCSA) Food Loss and Waste Working Group, but there is a lack of political will to set this policy in motion.

We cannot just stand by idly while there is widespread brutal but preventable suffering and death. FoodForward SA, in collaboration with the Consumer Goods Council of South Africa, The Global Foodbanking Network, and the Harvard Law School Food Policy Clinic have drafted recommendations for a food donations policy. The policy recommendations focus on four areas relevant to food donations: (1) food safety for donations; (2) liability protection for food donors; (3) tax incentives and (4) government grants.

To get these policy recommendations to be debated at the national assembly with the view to have a policy process initiated by parliament, we have launched a campaign called #RepurposeTheSurplus. An integral part of the campaign is a petition for a Food Donations Policy. We hope to garner 100,000 signatures because its in the interests of all South Africans to solve the mounting cost of living crisis and food insecurity challenge. We also plan to make representations to the relevant National Assembly Committees, the National Council of Provinces Committees or Joint Committees, along with several other advocacy initiatives.

Our unemployment rate is one of the highest in the world according to the International Monetary Fund (IMF). It will take several years for our economy to grow to such an extent that it creates enough jobs to meaningfully reduce unemployment. Meanwhile, millions of vulnerable people suffer the constant indignity of not being able to put food on the table for their families.

A Food Donations Policy is the low hanging fruit that will create better access to healthy food for the poor, stave off hunger, reduce child deaths, and strengthen under-served communities.