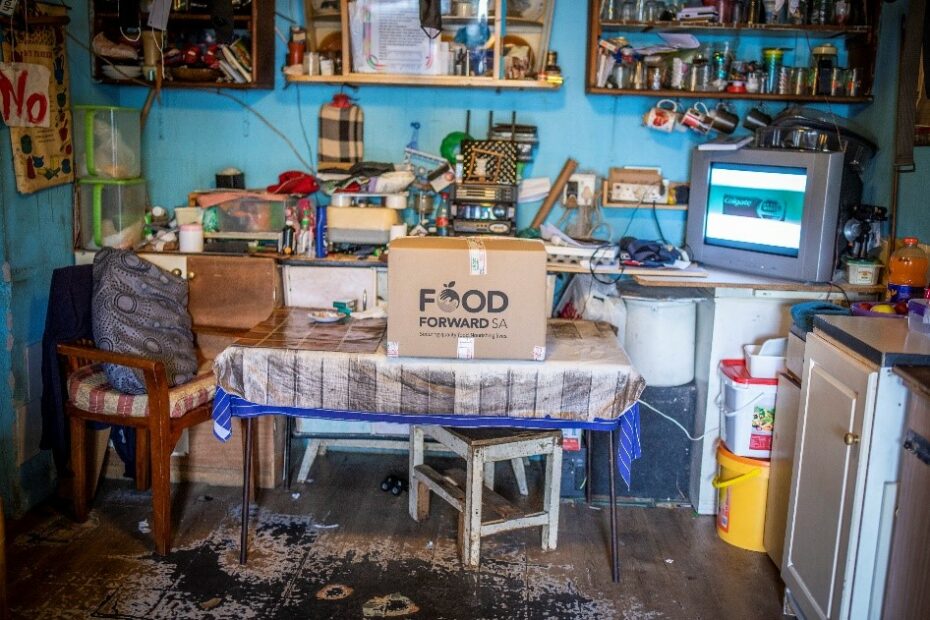 While 1994 represented a significant turning point in South Africa’s political history, economic justice was not realised. For the most part, poor people remained poor, social conditions worsened, and political promises did not translate into a broad shift in terms of black peoples’ income and wealth status. Now, 28 years later, due to cumulative economic hardship, low economic growth, high unemployment, food price inflation, global supply chain issues, the devastation from the pandemic, riots, floods, and droughts, the majority of South Africans remain at the periphery of our economic system, excluded, making it extremely difficult for them to eke out a sustainable livelihood.

A sustainable livelihood is achieved when people can cope with and recover from various stresses and shocks and still maintain or enhance their circumstances both now and in the future.

It is often said that South Africa is the most unequal society in the world. When poor people have no clear, practical pathways out of poverty, the mounting frustration appears silent and invisible, and tends to manifest in less noticeable forms at first – experiencing food insecurity for a few days or a few weeks every month; poor health; malnutrition; mental health issues; rising crime levels and domestic abuse; and an array of illicit activities, to name a few.

Each social ill on its own tends to be overlooked by the general public, and appears to not affect them directly. But the cumulative effect of this malaise tends to be catastrophic. According to the Carnegie Endowment for International Peace (Carnegie Endowment), an organisation that monitors global protests, more than 230 significant anti-government protests have erupted worldwide since 2017, and more than 110 countries have experienced significant protests. As expected, South Africa’s July 2021 riots made it onto their list. We are also hearing more and more reports of local community riots of spaza shops belonging to foreign nationals for example. These incidences are dress rehearsals for what will likely culminate into national protest action similar to the scale and violence we have witnessed in KZN in July 2021, unless we ,can bring about better living standards for the poor.

If pathways to sustainable livelihoods are not realised broadly, then the ticking time bomb that is already looming in under-served communities could erupt at any time, given the right impetus. The signs are glaringly obvious – unemployment is at 34,5%; youth unemployment is at a disturbing 63%; we have more people on social grants than we do in the labour market; food insecurity is becoming more widespread; there are not enough jobs for a growing labour market; food price inflation is out of control; and households consisting of 6 to 10 people that are dependent on 1 meagre income, are common.

Christine Qunta, in her book Why We Are Not a Nation, describes our current state as follows: “South Africa is a dishevelled society, in which two groups of people with disparate goals share one geographical space. It is a country where forgiveness is overrated and justice underrated.” Through essays on race and transition in South Africa, Qunta warns that poor people only appear to be subdued, while wealthy people think that things are normal.

Government has not been very successful in narrowing the inequality gap in South Africa. While think tanks contemplate a just transition of our economy and outline structural reforms of state-owned enterprises, the labour market, food systems etc. unfortunately, there are no quick solutions to these complex problems.

But there are interventions that government must lead with urgency to bring about the restoration of livelihoods. These must start with addressing the national food insecurity crisis in targeted households. Secondly, food national security interventions must constructively involve civil society, a sector that has principally been ignored by government. Thirdly, more effective interventions must be implemented to redress the high rate of underweight pregnant mothers and child malnutrition. Fourthly, government needs to become more efficient and effective.

While South Africa’s unique collective resilience is admirable, given the myriad challenges we face daily and still remain rational, this currency will not be enough to stave off a growing inclination towards national civic unrest similar to the anti-Apartheid demonstrations. If this happens, the likelihood of recovery is severely diminished.