Given that foodbanking is largely an urban solution to addressing hunger, FoodForward SA devised its Mobile Rural Depot (MRD) Programme in 2019 to address the problem of rural food insecurity. Each month, we take quality surplus food into designated rural communities (depots) so that beneficiary organisations that do important social upliftment work can use food as a catalyst for social change.

Our MD, Andy Du Plessis, reflecting on our 2019/2020 financial year in our latest annual report, says: “For me, the greatest (and most heart-warming) decision taken this financial year was the implementation of our MRD programme”. At the moment, the UN’s Population Division estimates South Africa’s rural population at just over 33% or a third of the country’s population.

We selected Worcester in the Breede River Valley in the Western Cape, as our pilot MRD. Since its launch in June 2019, the number of beneficiary organisations (BOs) which form part of the Worcester MRD have increased from five registered BOs to 20 which collectively serve 3,500 beneficiaries from communities such as Worcester, Roberston, Ashton, Swellendam, Zwelethemba, Ceres and Montagu.

Rudolph Roscher is one of our MRD champions in Worcester.  He continues to provide us with invaluable support like assisting BOs to register with FFSA, arranging collection points monthly and helping facilitate introductions to farmers who want to support our Second Harvest Programme. Says Roscher, “The main challenge for the BOs we support through FFSA is food, especially now with COVID and the economic crisis. Your support supplements existing initiatives in a big way.”

In North West Province, we now have an MRD in Mahikeng and one in Klerksdorp. They serve BOs from Jouberton, Kanana, Stilfontein, Potchefstroom, Mahikeng, Libertas, Mmabatho, Klerksdorp, Swartruggens, Wolmaransstad, Ganyesa, Tlakgameng, Verdwaal and Logageng. East London is home to our MRD in the Eastern Cape and serves BOs from Gompo Town, Mdantsane, Mzamomhle, Nahoon, King William’s Town and Stutterheim.

The rapid growth of our MRD programme is thanks to the continued support of our donors. Thanks to your help, through our MRD programme, we now provide nutritious monthly food provisions to 108 registered BOs which collectively feed just over 50,000 beneficiaries. 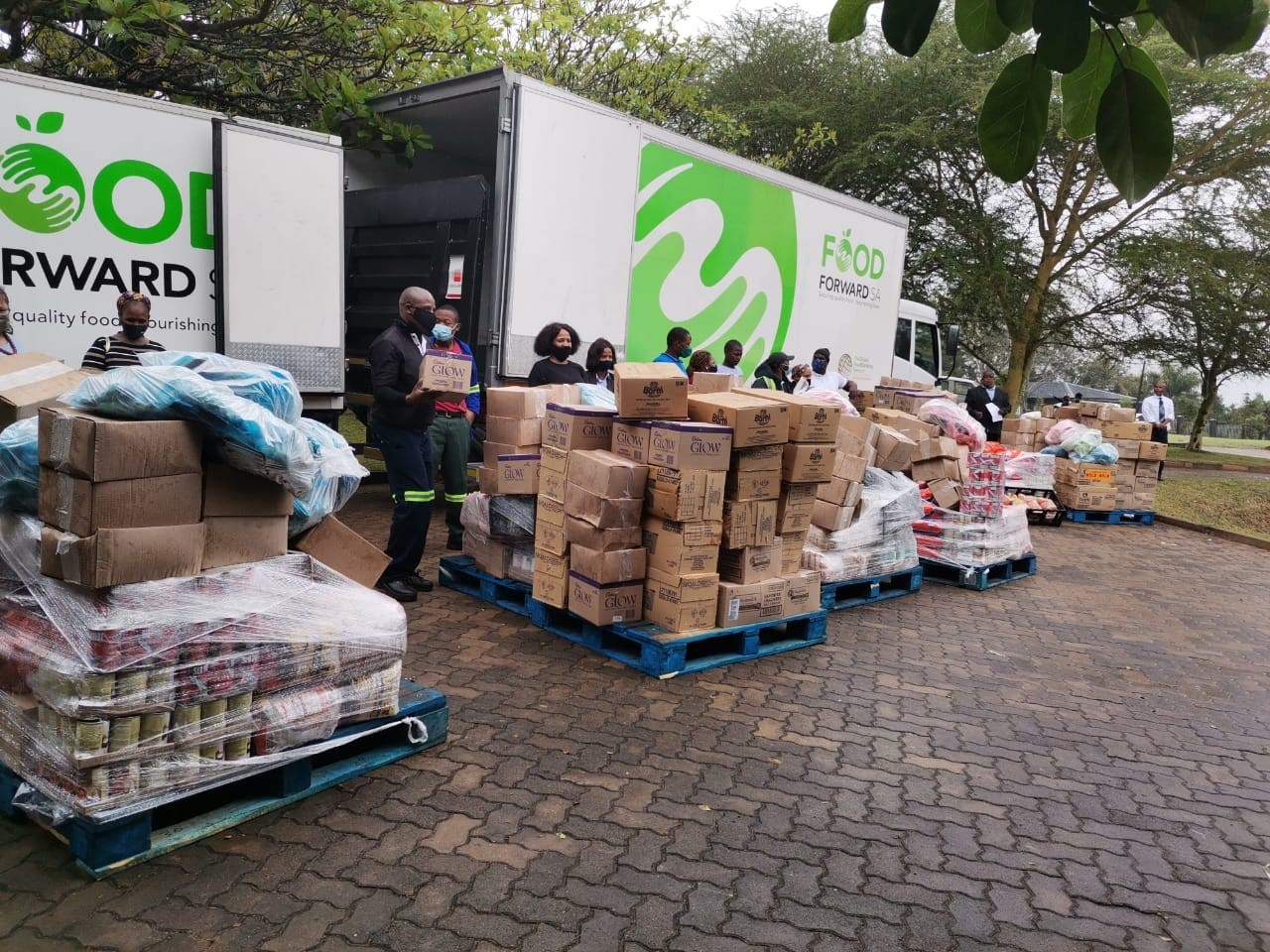